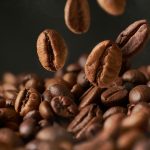 • Your morning cup of coffee may soon get more expensive. Frosts in Brazil—the worst since 1994—have damaged the country’s coffee crops extensively. Some estimates suggest that as many as ten million 132-pound bags, or about 16 percent of Brazilian production, could be lost.

• The EU’s (predominantly Polish) coal production has declined by one-third over the past two years, according to new data from Eurostat. The drop is largely a result of declining consumption; relative to 1990, EU consumption of coal has declined by 64 percent.

• Mobile commerce (i.e., commerce conducted over smartphones) rose 41.1 percent in 2020. Some sources predict mobile commerce’s share of US retail sales will nearly double by 2025, reaching 10.4 percent, or $728 billion, of annual retail sales. During the pandemic, 56 percent of US consumers used WhatsApp or mobile websites to order food (up from 36 percent in 2019).

• According to AAA, the 2021 national average gas price to date is $3.185/ gallon, up 46 percent from the 2020 average. The increase prompted OPEC to coordinate, beginning in August, a gradual increase in oil supply.

• S&P Global reports that, according to second quarter earnings reports, cash and short-term investments on global corporate balance sheets are at an all-time high of $6.84 trillion. This is 45 percent higher than the five-year average and a 2.6 percent increase from the previous quarter.

• Canadian National Railway (CNI) – The ongoing attempt to acquire Kansas City Southern continues. Rival railroad operator Canadian Pacific recently increased its bid in a last-ditch effort to block Canadian National’s acquisition attempt. However, the Kansas City board was unimpressed and issued a public statement, declaring “the board . . . has unanimously determined that the unsolicited proposal received from Canadian Pacific Railway . . . does not constitute a ‘Company Superior Proposal’. . . .”.

• Procter and Gamble (PG) – The consumer products company plans to test a paper bottle in Western European markets in 2022, in support of company efforts to halve virgin plastics use by 2030.

• Visa (V) – Visa management highlighted that during the second quarter, outbound travel from the US and Mexico was roughly 60 percent of 2019 levels, while in Europe it was just 50 percent.

• Amazon (AMZN) – Amazon added over 50 million new prime members in just eighteen months (January 2020 through June 2021). To put this in perspective, Costco’s aggregate membership totaled 105 million at the end of 2020.

How to Benefit from Emerging Market Growth while Minimizing Risk

Since the early 2000s, China has been one of the hottest emerging market investment areas, with a surge of new funds and compelling investment opportunities to support eager investors. However, with elevated growth comes elevated risk, and political, geopolitical, and regulatory risks abound in China. China’s recent regulatory assault on former “darlings” of the Chinese economy in the areas of e-commerce, food delivery, fintech, gaming, and online education illustrates the additional layer of risk involved in investing directly in China.

Estimates suggest that close to $1 trillion of market value may have been lost this year due to the Chinese government’s sanctions on internet platforms. The Chinese ridesharing app, Didi, has lost 48 percent of its market capitalization since its market debut in June, because the Chinese government (1) suspended the company from registering new users and (2) removed its ridesharing app from app stores in China. Didi was lucky, though—it was still able to IPO. Not as fortunate was Ant Group, parent company of China’s most popular digital payment platform, Alipay. In the fall of 2020, Ant Group’s planned IPO was expected to raise $37 billion, which would have made it the largest IPO in history. But the company’s IPO process was suspended due to government intervention. The Chinese government also has targeted companies outside of the financial realm. Last month, it directed three Chinese online education providers to become nonprofits, citing their inherent role in one of China’s major social problems—the crushing, unhealthy, “cram course” pressure felt by Chinese parents and students.

Why would China intentionally choose to eliminate close to a trillion dollars from the market capitalization of its technology giants? Its action is an attempt to align national policy with the country’s long-term goal of supporting technology companies that are strategically important, namely those developing quantum computers, semiconductors, artificial intelligence (AI), and satellites. China has buttressed its semiconductor sector with a multibillion-dollar government plan to boost production and fight US efforts to stifle Chinese technology development. By 2025, Beijing wants China to produce 70 percent of its semiconductors domestically, up from one-third today. The Chinese government’s agenda is not restricted to the world of economics, however. To support societal priorities, the government has amended rules and regulations to, for example, encourage population growth, make child-rearing more affordable, and inhibit addictive online gaming practices.

These ever-changing policies make for a challenging investment landscape in China. At LBA, we have found that the best way to benefit from emerging market growth while minimizing risk is to invest in non-Chinese companies that sell products in China, such as Nestlé, Johnson & Johnson, and Microsoft. For years, many of these companies have quietly operated within China’s borders. They understand the environment, and they sell basic products essential to daily life. While these companies boast wide exposure to the Chinese market, they also have geographical diversity to hedge against any unexpected changes to China’s current market dynamics.

For now, the communist regime favors companies involved in green energy, semiconductors, AI, and aviation, but at some point those priorities will change. We encounter uncertainty and risk—including governmental regulatory and policy risk—wherever we invest. But in emerging markets like China, the whims of authoritarian regimes exacerbate risk. In China, we will continue to gain exposure through businesses that fly under the radar of government policies.