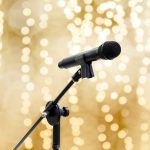 • Covid fears continue to affect entertainment decisions—music concert no-shows have increased significantly since the live music business restarted this summer. According to The Wall Street Journal, as many as 20 percent of ticket holders were no-shows for major artists such as George Strait, the Eagles, and Dead & Company.

• How much influence can just a few companies have on the market? Consider the Nasdaq: its year-to-date return is about 21 percent, but without the top five contributors it’s about 6 percent.

• According to the Fed’s recent Flow of Funds report, net worth for US households reached an all-time high of $144.7T this year. The distribution of wealth, however, is uneven: the top 1 percent of households lays claim to about 32 percent of household wealth. Since 2006, the net worth of the top 1 percent has increased 132 percent, while the net worth of the bottom 50 percent remains essentially unchanged.

• Since 2011, S&P 500 returns have been primarily driven by buybacks (40 percent), earnings per share (31 percent), and expansion of P/E multiples (21 percent). Dividends have been responsible for just 7 percent of returns.

• AMZN – Amazon signed 18 new wind and solar contracts in the US, Finland, Germany, Spain, and the UK. The company indicates it is on track to have 100 percent of its operations fueled by renewables by 2025—five years ahead of its original goal, 2030.

• AMT – American Tower announced plans to acquire CoreSite in a deal worth $10.1B. CoreSite is a data center company with 25 data centers and 21 cloud on-ramps (i.e., connectivity hubs for the data centers). Knowledge gleaned from the company’s October acquisition of two Atlanta-based data centers enabled it to engage in this much larger deal. Long-term, strategic thinking led to this acquisition and has American Tower well poised to take advantage of sizeable future opportunities in edge data and computing.

• JNJ – Johnson & Johnson announced in November it would be spinning off its consumer health business into a standalone company in order to focus on its core lines of business: medical devices and pharmaceuticals. J&J’s management envisions a future in which medical devices and pharmaceuticals work together to provide holistic treatment platforms.

• MSFT – Microsoft Office prices are set to increase by 20 percent in March 2022 for customers who do not to switch to annual (instead of monthly) billing cycles.

• EW – Edwards Lifesciences recently unveiled encouraging growth projections. The company believes that with support from ongoing company-sponsored clinical trials, the size of its total addressable market (TAM) will double from $10B today to $20B by 2028.

Back to the Future: The Metaverse

In late October, Facebook changed its name to Meta. The move came amid rising interest in the metaverse—in the fall of 2021, searches for the term on Google exploded, as illustrated by the following Google Trends report (see Figure 1):

The metaverse, or at least the idea of it, has been around for some time; supposedly, the term was first coined in a 1994 novel, Snow Crash. In 2003, Second Life, a 3D online world which many consider to be the first metaverse, was launched, and in 2018 Ready Player One, a movie based on a virtual reality universe, soared in popularity. Today, the metaverse is often described as the next iteration of the internet. As WIRED explains, “talking about what ‘the metaverse’ means is a bit like having a discussion about what ‘the internet’ means in the 1970s.” Today’s metaverse is a crude beta for the eventual entity—a 3D experience that will rely heavily on virtual and augmented reality technologies.

Most financial activity linked to the metaverse “industry” to date involves gaming and the creation and servicing of avatars. Reports suggest as much as $392M has been spent this year on metaverse-related digital assets. Some companies are clamoring to acquire “real estate” in the metaverse and are creating, for example, virtual shopping malls where consumers can shop for digital items from their favorite brands to outfit and equip their avatars. One metaverse-focused firm spent $2.4M on parcels in Decentraland’s fashion district (Decentraland is a popular virtual reality platform), while another spent $914K on parcels in a different area with the aim of creating its own virtual shopping district. (This YouTube clip of the planned virtual shopping district is illuminating).

Companies are developing strategies for how to exploit the many opportunities associated with the metaverse. Microsoft sells HoloLens, one of the best virtual reality headsets on the market. And Nike filed several trademark applications in October to protect its logos and slogans for use in virtual environments. (Soon after, the company launched a virtual play place on Roblox’s online platform where players can try on and purchase Nike gear for their avatars.) Nike also recently acquired RTFKT, a virtual fashion/branding firm that is well known for creating one-of-a-kind virtual products (like sneakers) and experiences.

While virtual shopping malls and sneakers are certainly intriguing, metaverse-driven innovation is advancing quickly in global manufacturing. NVIDIA Omniverse, for example, is a real-time, 3D development platform that supports simulation and design collaboration in a virtual environment. Graphic design integrations, avatars/virtual agents, and digital twins are a few of the compelling Omniverse “use cases” highlighted by Nvidia. Of particular value to manufacturers are digital twins—virtual representations of physical assets, such as manufacturing plants, that are synchronized with physical reality. BMW, for example, is using Nvidia’s Omniverse to create digital twins of its thirty-one production facilities so that its designers around the world can collaborate in real time to optimize production. (This helpful video illustrates the innovation’s potential). As the technology advances, we envision a system where AI-enabled robots, such as those employed by BMW, will be trained in virtual environments and immediately operational upon real-world installation.

Thirty years ago, few would have predicted that the internet would change our lives so completely in such a short amount of time. Will the metaverse do the same? We cannot predict how this nascent, virtual experience will transform over time, but we recognize that it presents a substantial opportunity for all kinds of businesses.