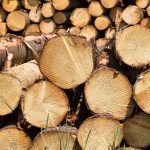 • Lumber prices topped $1,000 per 1,000 board feet (lumber’s standard unit of measurement) for the first time ever. The price has doubled in just three months.

• US greenhouse gas (GHG) emissions fell by 10.3 percent in 2020—the largest decline since the end of World War II (and much larger than the 6.3 percent drop caused by the Great Recession). For the first time, GHG emissions are now below 1990 levels.

• Of the 74 percent of companies in the S&P 500 that have reported their 2020 earnings, 80 percent have beat on profits and 78 percent have posted a positive revenue (sales) surprise.

• Looking for something to purchase with those stimulus funds? How about a sweatshirt from Louis Vuitton that’s covered in puppets and costs nearly $8,000?

• January retail surged 5.3 percent on a month-over-month basis, far exceeding the expected 1.1 percent rise and raising the year-over-year increase to 7.4 percent—the highest since 2011. The dramatic increase was mostly due to stimulus check spending (government funds were distributed in January). Benefiting most were furniture, electronics, and non-store retailers (i.e., Amazon).

• Tyler Technologies (TYL) announced that it will acquire NIC, Inc. for $2.3 billion. Formed in 1992, NIC (ticker: EGOV) provides payment processing solutions to government bodies at municipal, state, and federal levels. The acquisition will increase TYL’s payment processing volume from $3 billion/year to $27 billion/year and will improve its exposure to federal agencies.

• Amazon (AMZN) announced that Jeff Bezos will step down as CEO in the third quarter of 2021 and transition to the role of Executive Chairman. Andrew Jassy, president of Amazon Web Services (AWS), will become CEO. Jassy joined Amazon in 1997 and founded its cloud services division in 2006. The appointment signals Amazon’s desire to focus more if its efforts on AWS, rather than the legacy retail business, going forward.

• New York State announced that venues holding more than 10,000 people, including Madison Square Garden (MSGS), will be allowed to hold events at 10 percent capacity beginning February 23. Attendees will be required to show a negative COVID-19 test within seventy-two hours of the event. This is a small but positive incremental step towards normalization for MSGS’s operating results.

• Union Pacific (UNP) continues to advance its climate-friendly business practices; it recently received approval for its greenhouse gas (GHG) emissions targets from the Science Based Targets initiative (SBTi). According to a recent press release from UNP, moving freight by train, rather than truck, reduces GHGs by as much as 75 percent. Additionally, the company states it can move one ton of freight 454 miles on just one gallon of diesel fuel, on average.

You may have read about the recent rise in popularity of special purpose acquisition companies, widely known as SPACs. Thanks to celebrity investors and plenty of media coverage, SPACs have been hard to ignore recently. But you may also be wondering what, exactly, are SPACs? Do they provide a product or service? What value lies behind the glitz and glamour?

A SPAC is a corporation that is used solely for raising investment capital to buy a company (or companies). It is a blank-check company that has no operations of its own and exists for the sole purpose of acquiring a company and taking that acquisition public. A SPAC has already gone through the process of listing on the stock exchange at its initial value (in other words, the amount of cash it holds to execute an acquisition). For companies eager to go public, SPACs offer a cheaper and quicker path to initial public offering (IPO) than the traditional, time-consuming method of going on road shows to gain interest from large institutional investors, offering detailed financials, and assessing market risks. Company owners and managers—as well as initial SPAC sponsors—agree on the benefits of SPACs: they offer an efficient route to IPO and they guarantee financial returns. While the benefits to early SPAC sponsors are obvious (this group typically receives 20 percent of the SPAC’s equity plus other fees), the benefits to public shareholders are not.

When a SPAC is created, it is funded with cash; within twenty-four months it must acquire a company and take it public. If the two-year deadline is not met, the SPAC must return all funds to investors. In a logical world, a SPAC would trade at its cash value, with a slight premium (or discount) based on the perceived quality of the SPAC’s management team. But, as you know by now, logic does not rule the markets—you can throw the efficient market theory right out the window. SPACs have been around since the early ‘90s but have earned recent notoriety thanks to celebrity SPACs and the “socialization of investing” movement. Because only accredited investors (e.g., those with two years of income over $200,000) are allowed to invest in venture capital and private equity deals, many amateur investors view SPACs as a way to snag pre-IPO shares of the next Facebook or Uber. (Confidential to investors: there is zero chance that a venture capital or private equity fund will hand over the next Facebook- or Uber-level investment to the retail public.)

Former NBA star Shaquille O’Neal, former MLB all-star Alex Rodriguez, and soon-to-be-announced former NFL quarterback Colin Kaepernick are all creating and sponsoring SPACs. Many SPACs focus on the hottest—and perhaps most overvalued—market areas, such as electric vehicles, alternative energy, and (often unproven) biosciences. As a result, a majority of recently created SPACs trade at a massive premium to cash, often over 100 percent. Essentially, this means that a SPAC’s shareholders (or should we say bag holders?) believe that the SPAC’s management team is so incredibly talented that it will instantly add (1) 100 percent value to the company and, on top of that, (2) the value of the early investors’ incentives (usually 20 percent of the SPAC’s value, or more). It is our experience that this simply does not happen. As you may have guessed, the average SPAC delivers a negative return to shareholders twelve months after an acquisition has been made.

If Shaq would like to sell us athlete’s foot cream, we are game. However, when he is raising $250 million for a SPAC to purchase media and technology companies, we are probably going to pass. This is not to say that all SPACs are bad; many will do well. But we simply do not believe the current frenzy is grounded in logic. SPACs, in our view, are the investment trend of the moment.

The pace of SPAC growth is accelerating rapidly. In 2018, 2019, and 2020 there were 46, 59, and 230 SPACs brought to market, respectively.  Through February 10 of this year, a whopping 128 have been issued—that puts us on track for 402 by year’s end. The history of SPACs is very spotty. But don’t worry, Alex Rodriguez’s blinding success in baseball guarantees his success in the financial markets, don’t you think?