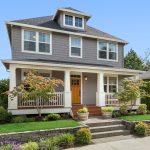 • With more than 100 billion servings sold each year, it is estimated that the global instant ramen market is worth $42 billion.

• According to Altos Research, number of single-family homes currently for sale in the US is 389,000, representing just 0.18 percent of total inventory—the lowest figure on record.

• Fed Governor Lael Brainard recently stated, “Federal Reserve staff analysis indicates that unemployment is likely above 20 percent for workers in the bottom wage quartile, while it has fallen below 5 percent for the top wage quartile.” The COVID-19 pandemic has highlighted and exacerbated the dramatic bifurcation of the US labor economy.

• Entertainment venues—including Citi Field in New York, and both Dodger Stadium and Disneyland in Los Angeles—will become mass vaccination sites as the availability of (and public access to) vaccines increases.

• In the last two months, the cost of shipping a forty-foot container from Asia to Northern Europe has increased by more than 450 percent (from $2,000 to more than $9,000) due to a pandemic-driven shortage of empty containers.

• PepsiCo (PEP) now sources all energy for its US operations from renewables.

• American Tower Corporation (AMT) recently announced it will acquire Telxius Towers, the former communications tower unit of Telefonica, S.A. The deal, which appears to be the largest in AMT’s history, dramatically increases AMT’s footprint in Spain and Latin America and positions AMT as the only independent communications tower operator in Germany.

The Tangible Thing About Intangibles

We try to avoid financial jargon in our communications, but there are some fundamental concepts and terms you should know to help you better understand your investments. Just as a primary care physician assesses your overall health by studying a range of vital data, such as your heartbeat, pulse, and weight, we gauge the health of a company by studying a range of internal and external factors. Our analysis always begins with a company’s balance sheet. A balance sheet has two categories: assets and liabilities. Each of these is composed of various subcategories, such as property (an asset) or accounts payable (a liability). Careful analysis of these subcategories helps us measure the strength of a company’s balance sheet. Having too much debt can be a sign of poor fiscal health, and the consequences of misstating or inflating assets can be dire. Two important asset subcategories are “tangible assets” and “intangible assets.”

Within the intangible asset category is a subcategory that requires special attention: goodwill. Goodwill is the premium between the book value of an asset (the value that is listed on the balance sheet) and its market value (the price a company actually pays for the asset). Over the years we have found that companies tend not to adjust the value of their goodwill assets in a downward direction, even when those assets have clearly dropped in value due to failed acquisitions.

An increase in intangible assets is neither “bad” nor “good,” but should prompt analysis. Ironically, the tangible thing about intangible assets is that—because they are illiquid—their value can rapidly plummet from billions to millions. This may occur if a company’s product is supplanted by new technology, for example, or if its owners realize they overestimated the value of a brand they acquired.

We pay close attention to intangibles as we conduct our due diligence because they are a significant presence on balance sheets today. Intangible assets are not inherently positive or negative—they create compelling investment opportunities but also expose investors to heightened risk. Guided by our overall investment philosophy, we prefer companies that grow organically rather than through acquisitions. As such, our portfolios tend to be made up of equities whose intangible assets comprise just a small percentage of their total assets.