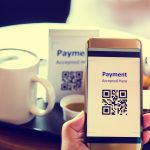 • On Levi’s second quarter earnings call, the company reported “about 35 percent of consumers in the US have changed waist sizes [during the pandemic]. And some of it is up and some of it is down, but either way, it creates another reason for people to go out and update their wardrobe. . .”

• Despite continued concerns about inflation, the rate on the benchmark US 10-year Treasury dropped from a yield of 1.495 percent on June 15 to 1.299 percent on July 15. This drop in yield reflects the end of the reopening euphoria, which commenced with the vaccine rollout in early 2021, and the fear that peak pandemic-recovery growth has passed.

• Corporate adoption of remote work and virtual meetings appears to be lasting. On July 15, Edwards Lifesciences’ Board of Directors amended and restated the company’s bylaws to clarify the allowance of virtual shareholder meetings and other remote-work friendly policies, including more flexibility for the board to meet and operate remotely.

• Taiwan Semiconductor, the largest semiconductor producer in the world, is expecting the current chip shortage, which is plaguing the auto industry, to ease in the coming months. The company aims to increase its annual output of microcontrollers, a key auto component, by roughly 60 percent in 2021.

• Maine became the first state to pass an “extended producer responsibility” program, which requires producers of consumer products packaging to pay for the recycling of their packaging products. Proceeds from the new law will reportedly be used to help local communities with recycling, and as many as ten other states are reportedly considering similar legislation.

• In July, the total number of Americans on some form of government assistance fell below fourteen million for the first time since the pandemic began.

• Google (GOOG) – YouTube boasts over two billion logged-in users each month; together these users watch more one billion hours of video every day. According to Google’s management, “more 18- to 49-year-olds are actually watching YouTube than all linear TV [a.k.a. scheduled programming] combined.”

• NVIDIA (NVDA) – The (supposedly) fastest supercomputer on earth has been recently unveiled by Nvidia in the UK. The computer, which will be used to help power AI-based healthcare research, can reportedly perform one quadrillion operations per second. Wow!

• Home Depot (HD) – Home Depot expanded its “Rent Online, Pick-up In Store” technology to its 1,300 rental locations. The service is being offered to both Pro and DIY customers.

• PepsiCo (PEP) – All of PEP’s company-owned and -controlled operations globally will fully transition to renewable electricity by 2030. The company’s US direct operations achieved this goal in 2020.

• ConocoPhillips (COP) – COP’s updated long-term plan indicates the company expects to further reduce its cost of supply to about $28 per barrel. (Its current supply rate is one of the industry’s lowest.)

If you have been to a restaurant lately, you have likely used a quick response (QR) code to access a digital menu. While you may have seen these square-shaped bar codes around before the pandemic, only a small number of people actually used them—at least here in the US. Today, though, QR codes are flourishing because they are uniquely suited to communicate information in a safe, contactless manner. The QR code’s bumpy and winding twenty-year history is representative of the path that many new technologies follow before becoming useful and widely available. So, what is a QR code?

The QR code was developed by auto manufacturers in the 1990s to track automotive components. While similar to a bar code, a QR code can store information in two dimensions (which simply means it can store and convey more layers of information than a one-dimensional bar code). About ten years ago, QR codes began to expand beyond industrial use to mainstream, consumer-oriented applications, but consumer adoption was low for a few reasons. First, access wasn’t easy; to interpret a QR code, consumers needed to (1) own a smartphone, and (2) find and download a specialized, QR-scanning app. Second, cellular data was limited ten years ago, and as a result QR code-linked webpages didn’t load quickly or easily. Third, most of these linked webpages, if eventually accessed, weren’t optimized for smartphones. Lastly, and perhaps most importantly, companies had not found a truly useful application for QR technology. As a result, it became a “fluffy” tool primarily used for marketing gimmicks and promotions.

In 2017, both iPhone and Android operating systems were updated to include QR code-scanning functionality; a breakthrough for the technology seemed imminent, but adoption of QR codes by US consumers remained low. In China, though, QR code use skyrocketed as WeChat and Alipay utilized them to support and expand their mobile payments capabilities. Two-thirds of Chinese consumers were using QR codes for digital payments as far back as 2017.

When the pandemic arrived in 2020, so did the need for a technology that could (1) link the physical and digital worlds and (2) allow people to safely engage, when in public, through their smartphone. Companies recognized the QR code’s unique capability to deliver these aims and have since put them to use in myriad ways: PayPal and Venmo use QR codes for mobile payments, Walmart and CVS offer them at checkout, British Airways adds them to boarding passes. Restaurants and hotels across the country are using QR codes expansively to enable contactless service.

The QR code’s rapid rise to ubiquity is one small example of how the pandemic has unexpectedly altered and increased our use of technology in just eighteen months. It is also an example of how external factors, such as time and place, are just as critical to adoption as innovation.

As we examine emerging technologies in areas such as ecommerce, fintech, healthcare, and blockchain, it is clear that the pandemic has accelerated development and use of technology in countless ways. In the US, there were more new business applications filed in 2020 than any year on record—applications were up 24 percent from 2019. And this year could be even better: January 2021’s application volume was 42.6 percent higher than December 2020’s. Years from now, it is likely that the creative disruption of technology will be considered the pandemic’s silver lining.