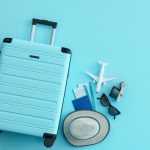 • Lumber prices plummeted 48 percent to $875 per thousand board feet (from a peak of $1,686 in early May). As the economy opens up, consumers are spending less on home improvement and more on shopping and dining.

• Just six months into 2021, US IPOs have totaled $171 billion—more than the $168 billion raised from IPOs in all of 2020, which was itself a record-breaking figure. Special purpose acquisition companies (SPACs) are driving the increase. So far, a total of 339 SPACs have been formed in 2021, and they are responsible for ~$105 billion, or two-thirds, of IPO volume this year.

• According to the National Association of Realtors, from 2010 to 2020 new home construction fell 6.8 million units short of what was needed to meet household formation growth and replace aging units.

• In a poll conducted by Deutsche Bank, 78 percent of respondents aged 18–24 reported relying on social media for investment advice.

Time is the Edge

• Visa (V) – Visa released its US Spending Momentum Index (SMI) for the month of May, which showed 52 percent of consumers are spending more than they did in May of 2019. According to the SMI, consumers have spent 66 percent more YTD in 2021 than they did during the same period in 2019.

• Apple (AAPL) – Apple has built two of the world’s largest onshore wind turbines. Located in Denmark, Apple will use the 200-meter-tall turbines to power its data center in Viborg. The project was funded with proceeds from the company’s Green Bond program.

• Nestle (NSRGY) – In early May, Nestle launched Wunda, a milk alternative made from yellow peas; the product boasts 2.2g protein per 100 ml, versus 3g for cow milk and 1g for oat milk. Plant-based “dairy” is now a $17 billion market.

For months now, the ongoing semiconductor shortage has dominated headlines. And it is clear why: semiconductors are ubiquitous, embedded in everything from cars to home appliances to toys. The shortage is seriously impacting the production and supply of many items central to daily life.

Several factors are contributing to the current shortage, including supply and demand shocks due to the pandemic and environmental impacts. Presently, Asian countries produce over 70 percent of the world’s semiconductors—but that has not always been the case. Asian production has more than tripled since the 1990s, when the region produced ~20 percent of supply. Meanwhile, US and European production has cratered, from a combined ~80 percent in the 1990s to just ~22 percent today (~12 percent in the US and ~10 percent in Europe). This dramatic drop in US and European production is partly due to globalization, as US- and European-based companies have, over time, increasingly outsourced low value-add (i.e., less complex) manufacturing services to depress costs and improve efficiency. These market dynamics supplied the foundation for Asia’s current dominance—as more manufacturing was exported, countries like Korea and Taiwan gained experience and expertise. Today, these countries boast the world’s highest production volumes.

Supply and demand shocks stemming from the COVID-19 pandemic have only served to exacerbate the shortage. Prior to the pandemic, many semiconductor producers had scaled back production in response to tepid PC and smartphone forecasts. Then, at the start of the pandemic, demand for automobiles fell, and producers scaled back even more. Widespread suburban migration, however, reversed the trend—people need cars in the suburbs—and demand for autos spiked. Simultaneously, remote working and learning fueled a surge in demand for electronics. Amid this demand volatility, COVID-related lockdowns and capacity restrictions hampered semiconductor production, as did supply chain and shipping bottlenecks. And in Taiwan, manufacturers are encountering an additional obstacle—the worst drought in decades. This environmental crisis has highlighted how water conservation efforts are critical to enduring manufacturing processes.

In response to the shortages and the clear indications of supply chain fragility, many semiconductor producers are scrambling to build more capacity in the US and abroad. Intel and Samsung are each planning to invest $20 billion in US manufacturing, and Taiwan Semiconductor Manufacturing Company aims to spend $100 billion over the next three years. Several US legislative initiatives, including the CHIPS for America Act passed earlier this month, aim to increase domestic semiconductor manufacturing.

While these investments and legislative actions are encouraging, semiconductor manufacturing is expensive and requires expertise; it would take two to three years, and billions of dollars, to build a state-of-the-art fabrication factory here in the US. Given the historically volatile demand for semiconductors, investing in new, costly manufacturing facilities is a risky endeavor. As Intel’s new CEO has repeatedly warned, a years-long semiconductor shortage is likely.

The economic ramifications of an ongoing shortage are significant, both domestically and globally. Auto manufacturers, for example, are slashing production due to the shortage, so used car prices are soaring. Many jobs have been lost, the supply of new cars is dwindling, and further downstream, steel manufacturers are suffering (in Europe, as much as 70 percent of a steel mill’s business may come from automotive accounts).

The effects of the semiconductor shortage are both inflationary and deflationary. When demand exceeds supply prices increase; significant investment in new production resources may also lead to inflation, as manufacturers pass on these costs to consumers. But there are deflationary pressures as well, including idle US factories, job cuts, and the continued outsourcing of low-cost manufacturing jobs to Asia. Once the many investments in additional semiconductor capacity are complete, supply may greatly outpace demand, and we may find ourselves back where we started pre-pandemic, with a consolidated group of manufacturers and a drop in production.