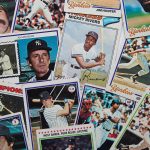 • Massive semiconductor shortages have forced General Motors and Ford to slash production in three states as well as in Canada and Mexico.

• As Tim mentioned in the recent webinar, a trading card bubble may be underway; seven of the ten most expensive sports trading cards in history have been sold in the past eight months.

• Chinese car sales more than quadrupled year-over-year in February, according to data from the China Passenger Car Association. The rebound illustrates the strength of China’s economic recovery from the pandemic, which caused car sales to plummet by 80 percent in February 2020.

• The latest $1.9 trillion fiscal stimulus bill included another round of stimulus checks to individuals, as well as a provision designed to increase tax payments from gig workers. The IRS forecasts the provision, which lowers the limit for reportable wages from $20,000 to $600, will generate additional annual tax revenues of $1 billion.

• Visa’s (V) largest data center will now be entirely powered by renewable energy. Located in Virginia, the data center accounts for over 33 percent of the company’s global electricity usage.

• PG: Procter & Gamble (PG) unveiled plans to (1) reduce virgin plastic use in Europe by 50 percent and (2) reach 100 percent recyclability or reusability by 2030. Additionally, over the next year P&G brands Gillette and Venus aim to eliminate 545 metric tons of plastic (the equivalent of 55 million plastic water bottles) by shifting to recyclable packaging.

How has the ARK Sprung a Leak?

ARK Invest, an investment management company, has recently experienced astounding growth. In 2020 alone, the firm’s assets under management rose elevenfold—to $34 billion—as investors chased its excellent returns. ARK’s flagship exchange-traded fund (ETF), ARKK, invests in “disruptive themes,” a strategy near and dear to our heart. Some in the media have been skeptical of ARKK’s strategy, one that centers on aggressive investments in companies with stock prices that aren’t necessarily supported by economic realities; coverage is often imbued with a “this is going to end badly” theme. We believe, though, that if people want to gamble rather than invest, they should have the right to do so—and ARKK fits the bill.

Regardless of price, fundamentals are the main driver of stock returns; ignoring them will eventually result in unfavorable consequences. Criticism should not only lie with the equities themselves, but also with the vehicle in which the equities are held— in this case, ARKK. Suppose you are managing an ETF (or, to a slightly lesser extent, a mutual fund) built on the idea that fifty-ish speculative companies will do well; the flows into and out of your fund will dictate your equity purchases and sales. You can bet that growing from $3 billion to over $34 billion in one year will have a major impact on your investments—will just fifty companies be able to seamlessly absorb your overwhelming liquidity with no repercussions? You have a difficult, strategic decision to make. Should you (1) change your investments to ensure your liquidity is absorbed; (2) add to your current roster of investments to dilute your concentration; (3) hold a sizable cash position (which will drag on performance); or (4) do nothing and plow your additional billions right back into the same fifty companies, boosting your ownership stake in each of them?

ARKK has chosen the fourth strategy, which is problematic because ETFs are like stocks in the way they are bought and sold. While ETFs can easily add liquidity when someone hands them cash, they are less graceful at providing liquidity when many people want cash back simultaneously. Should a run on an ETF occur, the threat of rapid downside exposure is very real. Because ARKK adopted the “keep investing in the same names” model, the fund now owns at least 5 percent of a company’s public shares in more than one third of its holdings; in ten (out of a total of fifty-five) companies they own 10 percent of the outstanding publicly available traded shares. If ARKK’s investors all choose to redeem their shares at once, the forced selling will cause the fund’s equity prices to drop substantially, which in turn may cause more investors to join the selling party.

We hypothesize that if the ARKK team could have predicted the fund’s 2020 inflows, it would have preferred to be private so that it could hold cash, diversify into less-volatile equities, and control the redemption process. Only time will reveal whether ARKK can survive the flood of inflows and (eventual) outflows but having seen this before in the ’70s and ’90s, we won’t be surprised if this ARKK sinks.