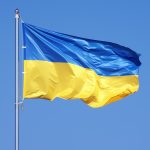 • On March 24, the Moscow Exchange resumed trading, in a limited capacity, after a four-week shutdown—the longest in Russia’s modern history. Only thirty-three of Russia’s most liquid equities may be traded today.

• By making a $117 million interest payment to its foreign bondholders on March 17, Russia averted what would have been its first foreign debt default since the Bolshevik revolution. The country owes additional bond payments, totaling $615 million, to foreign creditors this month and a maturing $2 billion bond due (in full) in April.

• Your favorite ridesharing and food delivery services just got more expensive thanks to higher gasoline prices. Lyft recently announced it would impose a $0.55 fuel surcharge on all trips. Similarly, Uber stated that new fees of $0.45–$0.55 would be added to rideshares and $0.35–$0.45 to Uber Eats deliveries.

• On March 21, the SEC proposed rules that would require public companies to disclose how climate-related risks could affect their businesses financially, operationally, and strategically. The proposal would also require companies to share information about their own greenhouse gas emissions, quantifying levels from direct sources (i.e., generated by the company) and indirect sources (i.e., generated by purchased energy services). After a public comment period of sixty days, the SEC will work to finalize the rules and develop enforcement procedures.

• In February, for the first time in history, the average price for a new single-family home in the US topped $500,000.

• Alphabet (GOOGL) – Alphabet acquired Mandiant, a cybersecurity firm, for $5.4B in an effort to improve security for its cloud offering, Google Cloud. The acquisition—the second largest in the Alphabet’s history—underscores the rising importance of cybersecurity as adoption of cloud-based services becomes widespread.

• Union Pacific (UNP) – The railroad company is making its largest disaster-relief donation in corporate history, in the amount of $500,000, to support humanitarian relief efforts in Ukraine; the donation will be split by the Red Cross and Save the Children. In addition, a 2:1 matching donation program UNP offered employees has raised $50,000 for the cause.

• Ecolab (ECL) – Roughly one-third of Ecolab’s variable costs come from derivatives of oil and natural gas, so soaring energy prices have negatively impacted the company’s profitability. In response, Ecolab has leveraged its formidable pricing power by applying an 8–12 percent surcharge on its products and services.

• NVDIA (NVDA) – Projected revenue from Nvidia’s six-year automotive pipeline rose 37.5 percent—from $8B to $11B. This significant jump stems from a slew of newly signed deals with companies including Jaguar Land Rover and BYD (the second-largest electric vehicle manufacturer).

We feel great sympathy for the people of Ukraine as they defend themselves from Russia’s unprovoked attack on their nation. The bravery of the Ukrainian people is inspiring, as is the courage of their leader, Zelensky. As we begin to understand and experience the wide-ranging economic and geopolitical consequences of the war, it is difficult to believe that our world has changed so drastically in just one month. Just as the pandemic accelerated developing trends linked to technology, digitization, and artificial intelligence, the Russia-Ukraine war will trigger changes to global business and national security.

Geopolitically, the attack has exacerbated growing tensions between the US and China. Relations between the two countries have soured as China’s increasingly aggressive behaviors have emerged over time. Additionally, the countries’ support for globalization and free trade—a dominant economic force for the last twenty years—has weakened with ongoing tariff trade disputes and the now-evident fragility of extended global supply chains. The invasion of Ukraine is the third blow to global trade, further eroding the relationship between the US and China, and it is very likely that the world economy will divide itself into two blocs as a result. The first would consist of China and other autocracies, and the second would comprise the US, the EU, and democratic governments. The consequences of such a division would be extensive and would threaten the stability of many longstanding global practices, including energy security and the US dollar’s reserve currency status. Global economic growth and innovation have flourished with globalization, but now countries will need to balance national security with trade priorities.

From an economic perspective, the war has compounded high levels of uncertainty and volatility. At the start of 2022, US unemployment was close to 4 percent (it’s now 3.5 percent, roughly pre-pandemic level). GDP grew by 5.7 percent in 2021, and inflation reached a forty-year high. The policies the Federal Reserve had put in place to support the pandemic economy (e.g., low interest rates, quantitative easing) combined with stimulus payments and other Congressional fiscal support had accomplished the goal of supporting and stimulating the economy. The negative effects of an overheated economy, however, were evident in the form of inflation and increased risk-taking (e.g., increased investment in riskier assets (crypto), elevated valuations for unprofitable companies).

The invasion of Ukraine by Russia has made the Federal Reserve’s ability to control inflation much more difficult. Even under the best of circumstances, raising interest rates without extinguishing economic growth is a challenge. The invasion, unfortunately, is only amplifying inflationary pressures. Russia and Ukraine are both commodity powerhouses; together they produce 30 percent of global wheat exports and 80 percent of global sunflower oil. Russia alone is the world’s largest fertilizer exporter, the third-largest producer of oil, and the second-largest producer of natural gas—gas which Europe relies on to supply roughly 40 percent of its natural gas needs. Shifting away from dependence on Russian commodities won’t be easy, and countless supply chains will be further disrupted in the short and long term. However, the west’s speedy, coordinated, and severe response to Russia’s invasion of Ukraine is encouraging, and it is important this unity continues as the economic fallout, in terms of continuing inflation and supply chain issues, will result in ongoing uncertainty for the global economy.

What does all of this this mean for your portfolio? This year (2022) was always going to be about a rotation away from risk and a return to quality investments—LBA’s longstanding investment approach. We have always invested in companies with strong balance sheets, steady and growing revenue, high return on invested capital (ROIC), and the ability to raise prices which—especially in this inflationary environment—has never been more important. Your portfolios are well positioned to withstand volatility. While companies will need to evaluate and restructure their global operations, there continues to be underlying demand for goods and services and opportunity for innovation and growth, especially in sectors such as cloud-based services, clean energy, and healthcare. A tougher economic climate separates the strong companies from the weak ones; strong companies will have the resiliency to absorb shocks, to adapt to changing circumstances, and to strengthen competitive advantage.

The Russia-Ukraine war is going to accelerate the reorganization of global alliances, and the divisions between newly formed blocs will impair our ability to easily acquire many types of goods and services from global suppliers—a challenge many companies have already faced because of the pandemic. However, the war will also strengthen the alliances between friendly nations—those that embrace democracy—thereby enhancing our national security and empowering our allies worldwide. Perhaps a new approach to global trade will fuel innovation and spark the rapid progress we need to tackle some of today’s most pressing challenges.