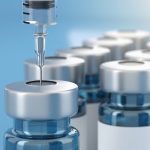 • Following the announcement of Pfizer’s final vaccine trial results and Moderna’s interim vaccine-trial analysis, it is estimated there is a 94 percent chance that by March 31, 2021, FDA-approved vaccines will be able to inoculate 25 million people in the US—a significant jump from the 48 percent chance forecasted on November 8.

• Savings deposits have risen by $2.0 trillion since February 2020, a knock-on effect of the massive fiscal stimulus bill passed earlier this year and the related, anomalous increase in personal income.

• Soybean prices reached four-year highs in November, marking a dramatic recovery from the January lows which followed the enactment of “Phase 1” of the trade agreement between the US and China. Better-than-expected demand from China, paired with adverse weather in both North and South America, have buoyed the commodity’s price.

• Forty percent of Campbell’s Cream of Mushroom soup sales occur in the weeks before Thanksgiving. (Much of the soup goes into green bean casserole.)

• ConocoPhillips (COP) recently discovered a new gas condensate in the Norwegian Sea, which the company estimates could produce between 50 and 190 million barrels of recoverable oil equivalent. If true, it will be the largest gas discovery to date from the Norwegian continental shelf.

• PepsiCo’s (PEP) appointment of a Chief Medical Officer underscores the impact of the COVID-19 pandemic on company operations, as well as the company’s growing focus on nutrition sciences.

• Apple (AAPL) unveiled its App Store Small Business Program, which cuts the fees charged to many developers by half. It is the largest overhaul to Apple’s App Store since the store’s 2008 launch.

• Unilever (UL) has set an ambitious goal for plant-based-food product sales over the next five to seven years: €1 billion ($1.2 billion) annually.

By now, undoubtedly, you are aware of the positive developments related to the COVID-19 vaccine. Pfizer announced that its vaccine candidate was 95 percent effective in (now-completed) late-stage trials and expects to attain product approval before the end of the year. Likewise, Moderna announced its vaccine is up to 94.5 percent effective. At the time of this writing, we are awaiting results from the Johnson & Johnson and AstraZeneca vaccine trials. These stunning outcomes are truly a testament to American innovation.

After researching various global pandemics, we came across an interesting, but seemingly forgotten, piece of history related to smallpox. Smallpox was a disease, endemic to Europe, Asia, and what is now the Middle East, with a 30 percent mortality rate. When the first European explorers “discovered” the New World, they brought smallpox with them. The native populous, one that had no natural immunity to the disease, was decimated by exposure to it—in what is now Mexico, roughly 90 to 95 percent of all indigenous peoples died of smallpox from the fifteenth to the seventeenth centuries. Smallpox was one of the world’s deadliest diseases during that time.

In the late eighteenth century, Edward Jenner, an English physician, realized that milkmaids who had been exposed to cowpox reacted minimally—or not at all—to smallpox. Jenner subsequently tested his thesis by subjecting his gardener’s nine-year-old son first to cowpox and then to smallpox; as Jenner surmised, the child tolerated the smallpox virus with no ill effects. (Note to self: avoid working for Dr. Jenner.)

Jenner is regarded as a vaccine pioneer, yet almost a century before Jenner’s smallpox discovery, there was another man who understood the benefits of inoculation, a slave named Onesimus. In 1706, Onesimus was purchased by the congregation of a Puritan minister, Cotton Mather. Mather witnessed the Salem witch trials and sided with the accusers (according to his firsthand account of the trials). Even though Mather sought to bring religion and education to slaves, he did not treat them as equals.

In 1716, Mather recognized that Onesimus knew how to prevent smallpox infection by taking pus from an infected person and smearing it into an uninfected person’s open wound. Once the pus entered the system, it appeared, protection from smallpox was achieved. Other slaves verified that through this method they, too, protected themselves from smallpox. Mather preached the benefits of the slaves’ approach, but the backlash among the colonial population, who rejected the technique, was swift and severe. How could such a respected man recommend intentional inoculation, a truly barbaric and dangerous procedure?

In roughly 1721, a smallpox epidemic erupted in Boston. Fear and worry consumed residents as the deadly disease infected half of the city’s population. Mather found a doctor willing to inoculate patients with the smallpox virus and recorded the results. Of the 242 people inoculated with smallpox, six died. The slaves’ method reduced the smallpox mortality rate from one in seven (more than 14 percent) to one in forty (2.4 percent). Not surprisingly, Onesimus received no credit at the time for his help in ending the smallpox pandemic. A century later, the smallpox vaccine was created. It was not until 1980 that the WHO officially declared smallpox eradicated.