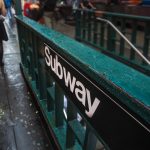 • Ridership on the New York City Subway reached a pandemic high in September, as students returned to school. There were 2.77 million riders on the first day of school, compared with 2.18 million on March 16, 2020—the day before schools, bars, and restaurants closed. Weekend ridership, which is discretionary, is also on the rise, which suggests that people are feeling more comfortable with public transit.

• As noted last month, unseasonably cold weather in Brazil has impacted the country’s sugar and coffee production. As a result, sugar prices are at a four-year high—over the last year alone, the price of sugar has increased by 60 percent. Forecasts suggest that global sugar production will fall short of consumption by roughly four million metric tons. We expect companies exposed to drastic coffee and sugar price increases to eventually transfer these costs to the consumer. (Source: International Sugar Organization)

• Prices of online goods have been climbing continually for fifteen months, with the steepest increases in the apparel, nonprescription drugs, furniture and bedding, and pet care categories. E-commerce transactions are on pace to account for roughly $1 of every $5 spent on retail by Americans; back in 2017, e-commerce transactions accounted for $1 of every $6 spent. (Source: Adobe)

• Eighty-five percent of bonds in the risky, high-yield bond market (a.k.a. the “junk” bond market) have yields below the current rate of inflation (i.e., negative real yields). This dynamic is unusual; these are the riskiest bonds on the market, and investors are typically compensated for assuming that additional risk. At the end of 2020, for example, just 4 percent of the high-yield market had a negative real yield. (Source: Deutsche Bank)

• In 2017 and 2018, when container ship values were depressed, Mangrove Partners (an investment firm) acquired seven ships for $62M. Mangrove recently sold six of these ships for more than $348M in aggregate—an astounding return that highlights the strong demand for container ship capacity amid continued supply chain challenges. (Source: Freight Waves)

• EPD – Enterprise Products is exploring opportunities to capitalize on more climate-friendly business opportunities. To that end, the company has partnered with Chevron to study and evaluate opportunities for carbon (CO2) capture, utilization, and storage. Enterprise has both tremendous storage capacity for natural-gas-derived products and the infrastructure to support successful CO2 capture initiatives.

• Visa – Visa recently purchased a “Crypto Punk”—one of thousands of non-fungible tokens (NFTs) based on digital avatars—for $150,000 on the Ethereum platform. “NFTs will play an important role in the future of retail, social media, entertainment, and commerce,” explained Visa’s head of crypto. “To help our clients and partners participate, we need a firsthand understanding of the infrastructure requirements . . .” The purchase illustrates Visa’s commitment to—and continuing investment in—the crypto economy; the company already partners with two crypto exchanges and over fifty crypto wallets.

• Novartis – Novartis recently presented data showing patients treated with Kisqali (ribociclib), a CDK4/6 inhibitor, achieved the longest median survival ever reported in HR+/HER2- advanced breast cancer. The data, which evaluated Kisqali in combination with Femara (letrozole) as a first-line treatment, showed the improvement in median overall survival (OS) was over one year and that after six years, over 44 percent of patients were still alive.

• Apple – In the Epic Games v. Apple trial, a federal judge determined Epic failed to demonstrate that Apple is an illegal monopoly, stating “[Apple’s] success is not illegal.” However, the judge did rule that Apple’s anti-steering provisions within its App Store are anticompetitive. As a result of the ruling, Apple must now allow third-party payment systems for both in-app purchases and purchases within its App Store. The change will enable app developers to bypass Apple’s 15–30 percent payment processing fees—fees which generate roughly $20 billion for Apple annually. The judgement may soon impact the Google Play Store as well.

• Johnson & Johnson – Amid the ongoing COVID-19 pandemic, J&J recently reported very positive data for its Ebola vaccine, Zabdeno, which uses the same adenovirus vector used in the company’s COVID-19 vaccine. The data indicated J&J’s vaccine was well tolerated and generated a strong immune response, which led researchers to believe it could be used to combat Ebola prophylactically. The most recent Ebola outbreak occurred in Guinea in June 2021.

The economic impacts of returning (or not returning) to work

On September 5, three key pandemic unemployment programs expired, including the Federal Pandemic Unemployment Program (FPUP), which provided an additional $300 in weekly benefits to unemployment recipients. Today, there are more job openings available (10.9 million) than unemployed workers (8.7 million). Will the expiration of federal benefits drive workers back into the labor market, as many companies and policymakers hope?

The pandemic has disrupted many aspects of the economy, including the labor market. In February 2020, just before the pandemic, unemployment fell to an all-time low of 3.5 percent. But by April 2020, unemployment soared to 14.7 percent, a staggeringly high rate not seen since the Great Depression. Since then, the unemployment numbers have continually improved. However, when the economy reopened due to vaccine distribution, workers did not return to the workforce en masse, which was surprising given the numerous jobs available. This ongoing dynamic has been largely attributed to three causes: (1) childcare issues, (2) continued fear of the virus, and (3) beefed-up federal unemployment benefits.

While September 5 marked the FPUP expiration for all states, twenty-seven states chose to withdraw from the program in advance; these withdrawals provided economists an opportunity to measure the program’s effect on “return to work” rates. A Wolf Street analysis, one which measured continued unemployment insurance claims by state as reported weekly by the Department of Labor, determined that workers returned to the labor market at a faster rate in states that ended the weekly benefit than in states that retained the benefit. Since the end of June, continued unemployment claims for the US have dropped by 20 percent to 2.62 million, the lowest since the employment crisis began in March 2020, according to the Department of Labor. Notably, continued unemployment claims fell over twice as fast in the states that ended the benefits early (32 percent) versus those that did not (14 percent).

The return of workers to the labor market has broad ramifications for the economy. The Federal Reserve closely tracks unemployment to measure the health of the economy, and Fed chairman Jerome Powell has made it clear that the timing and pace of the Fed’s withdrawal of monetary support will depend on the labor market’s progress. If workers return in droves, the Fed will likely remove some of the monetary support it has been providing. If, on the other hand, workers do not return to the labor market, and the struggle to fill job openings continues, the pace of economic recovery will slow. Finally, if businesses need to substantially increase wages and benefits to lure the unemployed back into the labor market, there will be obvious inflationary ramifications.

The arrival of the Delta variant has reaffirmed that the virus is ultimately in charge of the global economy. Some workers may be more hesitant to return to work because of Delta, but the combined effect of (1) the expiration of the weekly $300 benefit, (2) the expiration of eviction moratoriums (in most states), and (3) the unlikelihood of future direct stimulus payments should fuel a return to work for many people out of economic necessity.