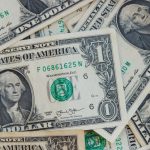 • The Federal Reserve hiked rates another 75 basis points at the conclusion of its September meeting, marking the first time in history that the Fed has made three consecutive 75-basis-point hikes. And the Fed is not alone—more than 80 percent of the world’s central banks are currently in a rate-hike cycle, in strong contrast to May 2020, when twenty-one countries offered negative yields. (Japan is the only country whose interest rates remain negative today.)

• Ethereum, the world’s second most valuable cryptocurrency, completed a massive software upgrade called “The Merge” that will drastically reduce Ethereum’s energy consumption. According to the Ethereum Foundation, the company’s energy use will drop by 99.95 percent—an amount roughly equivalent to the energy consumption of a small country like Portugal.

• Large retailers like Target and Walmart are slashing orders, instead of building inventories, ahead of the holiday season. Target has reportedly canceled over $1.5B in orders, and Walmart has canceled “billions.”

• New ETFs with tickers KRUZ and NANC aim to track lawmakers’ stock purchases, as a ban on congressional trading looks unlikely before the midterm elections. Stock trades reported by nearly one-fifth of Congress showed possible conflicts of interest, according to a New York Times report that analyzed trades from 2019 to 2021.

• Edwards Lifesciences (EW) – The FDA recently granted Edwards approval for its Pascal Precision transcatheter valve repair system for patients with degenerative mitral regurgitation. Additionally, the FDA presented clinical data demonstrating Pascal’s non-inferiority with Abbott Labs’ MitraClip™, which has been on the market since 2013.

• Apple (AAPL) – According to Counterpoint research, Apple has overtaken Android devices—iPhones now account for more than 50 percent of US smartphones. In addition, Apple’s share of the global premium smartphone market (i.e., smartphones with a wholesale price greater than $400) is roughly 57 percent.

In our June and August Monthly Views, we discussed financial conditions and the roles that interest rates and equity prices play in the tightening, or loosening, of those conditions. This month, we’re addressing another important component of financial conditions, the US Dollar (USD). The USD has been on a tear so far this year, ostensibly a result of the Federal Reserve (Fed) raising rates, the perceived health of the US economy, and the US’s position as a safe haven in the face of mounting geopolitical tensions. But what does it mean to have a strengthening USD, and how is strength measured?

As a medium of exchange and store of value, the “price” of a dollar has always been relative to something else. When the US operated under the gold standard, the USD price was set relative to an ounce of gold. Today, most currencies are floating currencies, meaning their values are not fixed or tied to something else. Instead, currencies are based on market forces and move in relation to each other. In this way, currencies are priced relative to other currencies. For example, the Euro (EUR) and USD are both important currencies in global markets and are a frequently quoted currency pair. At the time of writing, EUR/USD is trading for 0.9844, meaning it takes $0.9844 to purchase €1. We can see the USD’s strength this year by comparing the current spot rate with the rate on December 31, 2021, which was 1.1372. At the end of December 2021, it took $1.1372 to purchase €1, but today it takes just $0.9844 to purchase €1. In other words, the USD is 13.4 percent stronger today than it was at the end of 2021, relative to EUR.

With at least 180 currencies globally, how can one definitively state the dollar is strengthening? In the same way stock indices are created to give an overall sense of the performance of stocks, there are currency indices that give an overall sense of the performance of a currency versus various currency groupings. One of the most popular USD indices is the DXY, a dollar index calculated and maintained by the Intercontinental Exchange (ICE). As a basis for its calculations, the DXY uses a basket of the six most popular currencies: the Euro (EUR), the Japanese yen (JPY), the British pound (GBP), the Canadian dollar (CAD), the Swedish krona (SEK), and the Swiss franc (CHF). Notably, EUR has a huge weighting in the DXY; it accounts for 57.6 percent of the index while CHF accounts for just 3.6 percent. Just as there are several stock market indices, there are multiple dollar indices featuring different baskets of currencies and weighting strategies. For example, the Bloomberg Dollar Spot Index (BBDXY) uses a basket of ten currencies instead of six while assigning a smaller weight to EUR (32.7 percent) and a larger weight to CHF (4.8 percent).

Regardless of the index used, it’s clear USD has been strengthening so far this year, helping to tighten financial conditions. For importers and foreign companies with operations in the US, this strength is a welcomed tailwind in a challenging macroeconomic environment. But for exporters and US-based companies with international operations, the relentless rise in USD is a meaningful headwind—the dollar’s strength makes it more expensive for international customers to purchase goods and services and therefore depresses demand. As the fiscal third quarter comes to a close, the dollar’s strength will be an area of focus for the upcoming earnings season and remains an important variable to gauge the health of the global economy.