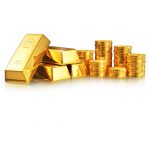 • S&P 500 members’ share repurchases fell this year to the lowest level relative to US companies’ market value in 20 years.

• Lumber prices have reached an all-time high thanks to a perfect storm of wood shortages and increased demand. Year-to-date lumber pricing is up about 104 percent.

• Between January 1 and July 31 of this year, almost $1.5 trillion has been added to checking accounts; balances rose from approximately $2.2 trillion in January to $3.5 trillion today.

• For those eager to refinance their mortgages, it just became more expensive to take advantage of low interest rates. On December 1, Fannie Mae and Freddie Mac will start charging an “adverse market fee” of 0.5 percent on all refinances, including cash-out refinances.

• Champagne sales fell by 30 percent in the first half of 2020 according to LVMH. Despite 2020’s fine weather, which could support a vintage year, the champagne cartel has decided to cut grape yields by 22 percent from 2019; it will be the champagne cartel’s smallest agreed yield in 35 years.

• 55 percent of all businesses closed since March 1, 2020 have decided to permanently close, according to Yelp’s second quarter economic report. Of restaurants closed, 60 percent will not open again. Similarly, 48 percent of recently closed retail stores will fold permanently.

• In its second-quarter earnings report, Keurig Dr. Pepper reported that roughly 95 percent of K-Cup pods produced are recyclable; the company is on track for 100 percent recyclability by year’s end.

What Bugs Us About Gold Bugs

Every few years, and particularly during stretches of economic stress, the price of gold per ounce reaches new highs and, inevitably, the press touts the merits of owning gold. This happens repeatedly when gold prices peak—and only then. This year, with Berkshire Hathaway’s addition of Barrick Gold to its portfolio, investors are even more excited about the shiny yellow rocks they believe will protect them from evil—or at least market volatility. Alas, Au (the symbol for gold as listed in the periodic table) may not be the investment panacea it is presented to be. A historic look at gold’s performance in the context of market fluctuations highlights its shortcomings.

Gold itself doesn’t produce or create anything; it doesn’t generate cash flows, pay dividends, or provide a product to analyze. The goal of gold ownership is simple: to sell gold at a higher price than what was paid to acquire it. The cost of owning gold, therefore, is simply the opportunity cost of not growing those same funds through alternative—and likely more productive—investment opportunities. Since 1980, gold has an annualized average return of 5.2 percent. To put that in perspective, US equites have returned 12.8 percent and core inflation (excluding energy and food) has averaged 2.5 percent. Also, gold has been more volatile than the S&P 500 over the same time period: 18.3 percent (gold) versus 16 percent (S&P).

Gold does not perform well during protracted economic stress. Hyperinflation (or rapid deflation) often erodes an asset’s value, and gold is no exception. In times of extreme economic moves, gold—like most assets—loses value. During mild or normal times, however, gold underperforms equities. Why? Because unlike gold (a hunk of unchangeable material), companies use cashflows to diversify, to attack competitors, or to pass on higher costs to their customers. Gold, on the other hand, lingers unproductively while it waits for someone to buy it.

Gold is a commodity with extremely limited industrial utility. Typically, commodities are purchased to develop technical, chemical, or industrial parts and components. However, no major product uses gold as an input component— it is used mostly for jewelry and decorative trinkets. Other commodities, such as copper—or even silver—operate along supply and demand curves that may cause scarcity and, as a result, price appreciation. For example, if there is a drought in the Midwest and Russia, one can predict wheat prices will rise. Gold, though, tends not to be affected by supply and demand curves unless there is massive, coordinated buying or selling. For this reason, gold’s trajectory is highly unpredictable.

How, exactly, does one own gold? To purchase the physical metal a buyer will pay a significant premium to the quoted spot price; the buyer will encounter a 10 to 20 percent markup on the acquisition cost and an additional 10 to 20 percent markup on the sale. Considering these premiums, owning gold through an ETF may seem appealing. Yet, in the event of a worldwide economic collapse, how could an investor tangibly acquire the gold he or she owns from an ETF?

Our advice is to avoid owning gold. But if you must, we suggest you quietly acquire the physical metal in small quantities. Physical gold is attractive to thieves, so you do not want to publicize that you have gold hidden around your house. Please, do not tell anyone you have it and keep the amount to a minimum—Berkshire’s position in Barrick equates to just 0.28% of their overall stock portfolio.

In short, gold is a high-risk investment that produces nothing. It relies on the greater fool theory of selling and buying, it is expensive and dangerous to own in physical form, it has a history of wild price swings and low returns, and it does not protect well during times of protracted economic stress.