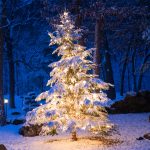 • Fifty-four percent of adults in the US know someone who died or was hospitalized because of COVID-19.

• The average profit margin for Christmas Tree farmers is approximately 25%-30%.

• In the first week of December, US options traders opened 94.8 million new equity and exchange-traded fund (ETF) contracts. 22% of these (20.5 million) were from “small traders,” the highest share ever recorded by this group.

• 2 out of every 3 Christmas trees sold come from just 4 states: Oregon, North Carolina, Michigan, and Pennsylvania.

• Mobile sales amounted to 40% of total digital spending on Black Friday and 37% on Cyber Monday.

• The cash hoards of nonfinancial companies now exceed $2 trillion, a new peak that is 30% higher than last year’s comparable figure.

• Amazon (AMZN) – Uber is reportedly selling its self-driving division to Aurora, an autonomous driving startup backed by Amazon. Aurora appears to be getting a good deal: Uber is reportedly taking a ~$3.25 billion markdown on the transaction.

• American Tower Corporation (AMT) – A report from Ericsson projects roughly 1 billion people will have 5G cell coverage by the end of 2020, and 3.5 billion will have it by 2026. The forecast suggests that 5G investments and a strong cell-phone upgrade cycle are both likely in the near future.

• Keurig Dr Pepper (KDP) – Keurig has achieved its goal of making 100% of K-Cups recyclable. Additionally, the company is using #5 plastic, or polypropylene, for pods. (This lightweight, commonly recycled plastic is frequently used as packaging for yogurt.) Keurig research suggests that 90 percent of its pods have the potential to be recovered and recycled into new products.

To those who have suffered through 2020, we are replacing our usual monthly investment article with some history to deliver a message of unity and hope.

By the end of 1917, Canada had been fighting World War I for three years. During this time, the port town of Halifax, Novia Scotia played a critical role in shipping supplies and ammunition to the Allied forces in Europe. On December 6, 1917, Halifax was decorated for the holidays as its residents prepared for Christmas and hoped for an end to the war. The day, however, would end in tragedy. On the waters not far from Halifax harbor, the Belgian cargo ship Imo was struck by the French ammunition ship Mont-Blanc. The consequences of this accidental collision were unimaginably devastating.

The low-speed crash created a fire on the Mont-Blanc; rightfully anticipating that the fire would detonate the ship’s explosive cargo, the crew quickly abandoned ship. Unmoored, the Mont-Blanc drifted into a pier, and roughly twenty minutes after the collision the fire ignited the ship’s ammunition. The ship’s explosion would turn out to be the largest man-made explosion to date, with the equivalent of 2.9 kilotons of TNT released. (To put that into perspective, the force carried the shank of Mont-Blanc’s 1,000-pound anchor two miles south of the explosion site, where it landed and remains to this day.)

Over 400 acres and more than 12,000 buildings were instantly leveled in Halifax. As a result of the explosion and the 60-foot tsunami it created, approximately 2,000 people were killed and 9,000 injured. More than 6,000 people were left homeless, and an additional 25,000 lacked sufficient shelter. The entire industrial area of Halifax, including the rail station, was decimated. According to Joseph Ernest Barss, a soldier recovering in Halifax after being wounded in the war, the city looked worse than Ypres (the center of the battle between Allied and German forces). 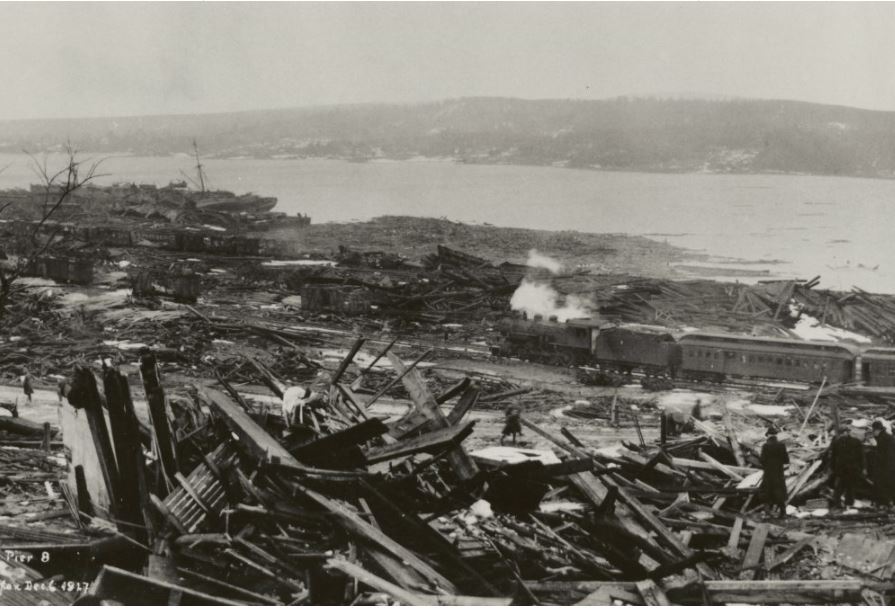 Courtesy HarperCollins/Nova Scotia Archives. “Some of the devastation in Halifax, Nova Scotia after the December 6, 1917 explosion.” December 1, 2017.

Thanks to the telegraph, news of the disaster reached Boston very quickly. Within twelve hours of the explosion, a Halifax-bound train left from Boston carrying doctors, medical supplies, and other disaster-relief donations. Two days after the incident, Boston Mayor James Curly and Massachusetts Governor Samuel McCall organized a relief committee which raised $100,000 ($1.9 million today) for Halifax. The committee subsequently raised an additional $650,000 ($12.4 million today) and dispatched a second train on December 9 with more aid and supplies. Neighboring towns also provided relief. In the explosion’s aftermath, Americans and Canadians worked together for days and nights to create shelters and hospitals among the devastation, while caring for the injured and maimed. 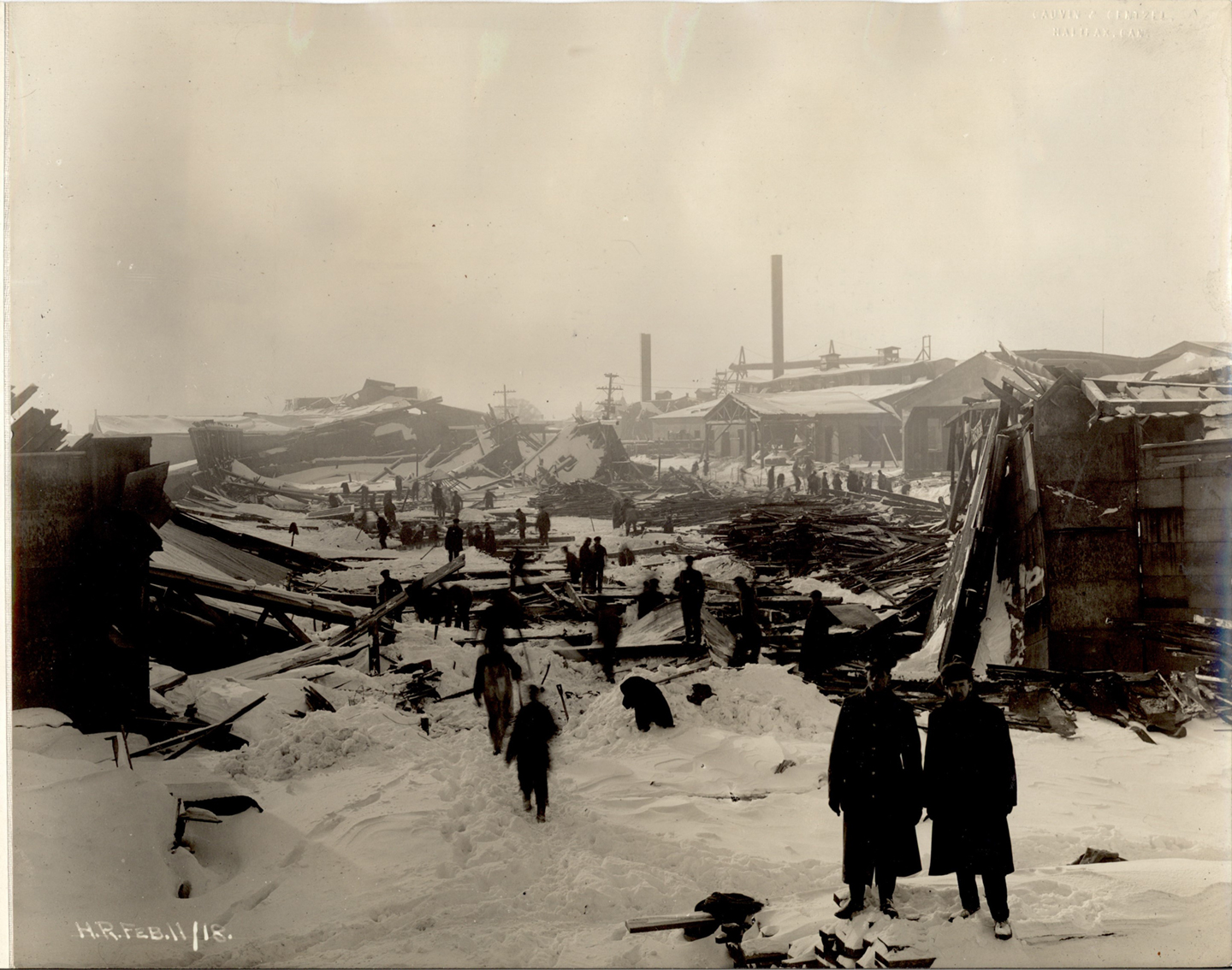 In 1918, Nova Scotia sent Boston a Christmas tree to express its gratitude for the city’s help and generosity. And in 1971, after Nova Scotia gave Boston a second tree, the tradition was formalized. Each year since then (i.e., for nearly fifty years) the province has donated a tree to the city, a tree which is featured and celebrated each December at the Boston Common Tree Lighting ceremony.

We wish you all support and kindness this holiday season.