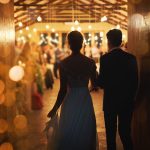 • The Consumer Price Index (CPI) was higher than anticipated in January: at 7.5 percent annualized, the CPI hasn’t been this high since March 1982. January marked the CPI’s twentieth consecutive monthly increase. Food, energy, and used cars were the biggest contributors, with prices in those sectors increasing 7 percent, 27 percent and 40.5 (!) percent, respectively.

• Despite concerns over inflation, rate hikes, and economic uncertainty, foreign investors continue to invest in US government debt securities at record levels. In recent Treasury auctions for both 3-year and 10-year notes, the percentage of indirect bidders (usually foreign investors) reached record levels.

• Domino’s Pizza, struggling with labor shortages, recently started a program to “tip” customers willing to pick up their orders from certain locations.

• Close to 2.5 million weddings are expected take place in 2022—the most since 1984, according to The Wedding Report, and largely due to rescheduled events from the last two years.

• Amazon (AMZN) – Unlike many other leading tech companies, Amazon doesn’t typically use cash to buy back shares. But when it does, the move has historically preceded strong performance with an average 12-month return of ~100 percent. In the fourth quarter of 2021, Amazon repurchased $1.3B worth of shares.

• Apple (AAPL) – Apple recently announced a new feature for iPhones, Tap to Pay. Interestingly, the functionality won’t be native to iOS (the iPhone’s operating system); instead, Apple will grant third-party payment platforms access to the iPhone’s Near Field Communication (NFC) chip to enable functionality. While it’s unlikely that the move will directly benefit Apple, it will strengthen the iPhone’s ecosystem.

Trains provide the most fuel-efficient method of land-based transportation.

According to the Association of American Railroads (AAR), “railroads account for 40 percent of US freight volume [. . .] and just 1.9 percent of US transportation-related greenhouse gas emissions.” On average, railroads can reportedly move one ton of freight over 470 miles on just one gallon of fuel, making railroads roughly three-to-four times more fuel efficient than trucks.

Union Pacific is working hard to further improve its efficient operations. The company recently announced plans to purchase twenty battery electric locomotives, which will make UNP’s fleet the largest carrier-owned battery electric locomotive fleet in the world. The locomotives are impressive: they use no fuel and emit no emissions. According to UNP, “for every 10 battery-electric locomotives used, approximately 4,000 tons of carbon will be eliminated annually, the equivalent of removing 800 cars from the highway.” The purchase builds on over a decade of work to improve the efficiency of UNP operations. Since 2010, the company has purchased 1,300 new locomotives (representing approximately 20 percent of its fleet) and retired roughly 2,500 older, less fuel-efficient models. Additional efforts to modernize remaining models reportedly reduce each locomotive’s emissions by roughly 53 percent and fuel consumption by roughly 5 percent. By increasing the mix of low-carbon biofuels and deploying energy management systems across its entire fleet by 2025, UNP is on track to achieve its emission reduction targets and its goal of reaching net zero greenhouse gas emissions by 2050.